After a bit of a hiatus to move from one home to the next, I returned to comics with an adaptation of “The Fox Physician” from Aleksandr Afanasyev’s Russian Fairy Tales. The format echoes that of Rodolphe Töpffer, one of the first documented comic strip artists. I chose a loose, quick style so that I could create and release the complete comic ongoing within a relatively small time frame (nine days). My adaptation of the story itself is, for the most part, direct; I adjusted a few words here and there for clarity, and I added the final line to help tie the tale together. The visuals, of course, are all my own.

Update: The comic is now published and available for sale! 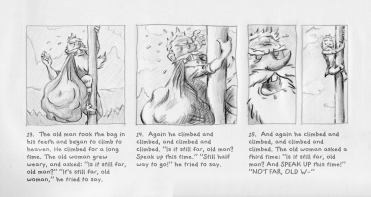 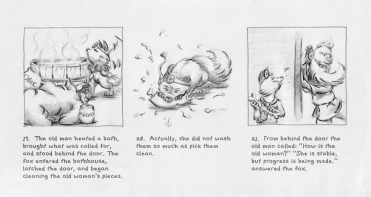 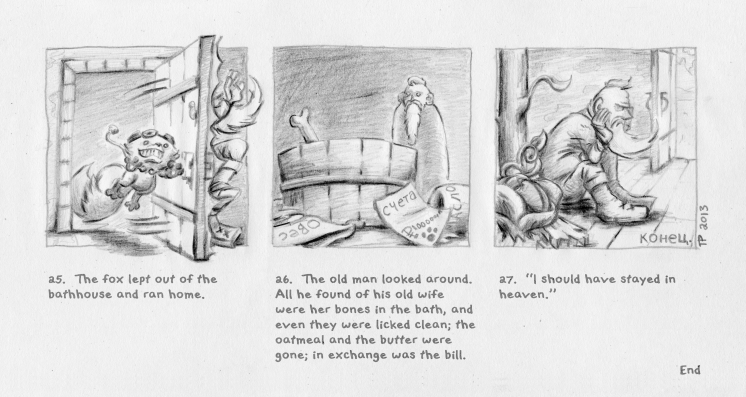 And for curious readers, translations:

This site uses Akismet to reduce spam. Learn how your comment data is processed.